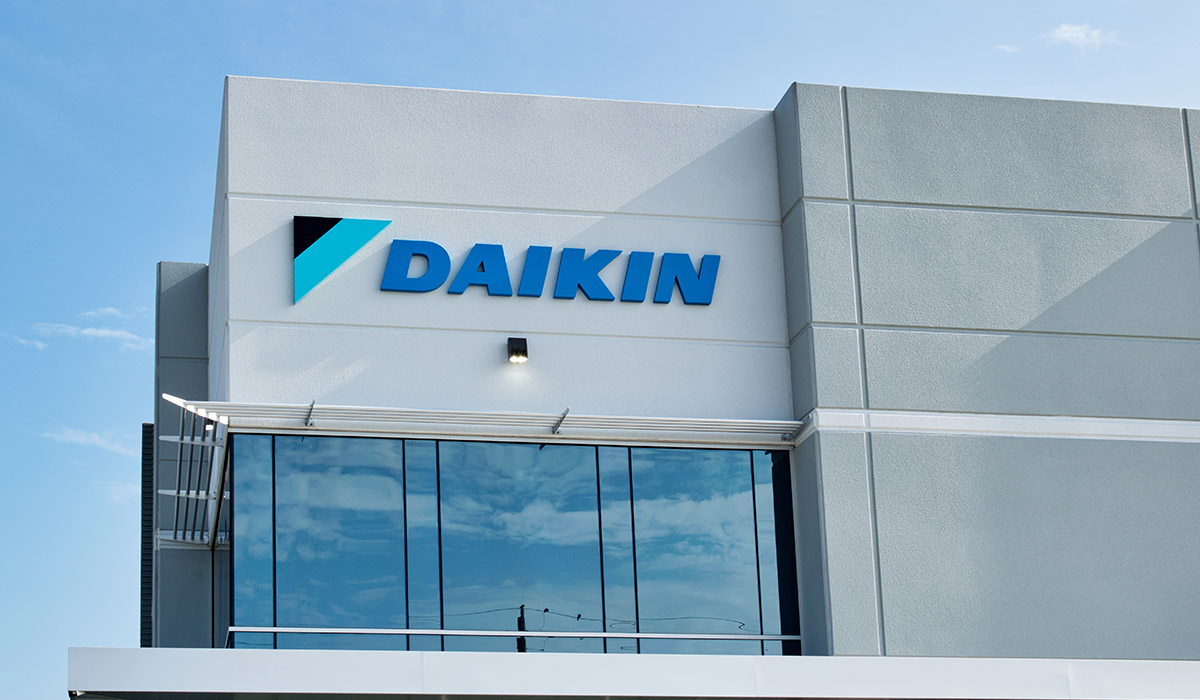 Daikin will invest a little over 40 billion yen to build a new air conditioning plant in Poland. It will start operation in 2024 and produce energy-efficient heating equipment to be sold in Europe. Heating equipment in Europe is dominated by systems that burn fossil fuels. It is responding to rapidly growing demand driven by moves away from the use of Russian fuels and subsidies for decarbonization by governments around the world.

A factory with a total floor area of over 110,000 square meters will be established in the province of Lodz in central Poland. The company will produce "heat pump heating," which uses electricity to compress and utilize heat from the air. The production capacity in the 2025 phase, when the plant will be fully operational, will be 400,000 units per year, elevating to 1.5 million units in 2030.

Poland is a neighbor of Ukraine, which Russia is now invading. Although it faces geopolitical risks, Daikin made a final judgement to advance into Poland, which is also a member of the North Atlantic Treaty Organization (NATO).

In Europe, combustion heating, in which fossil fuels such as gas and oil are burned in boilers for heating, accounts for 80%. Although they have become popular due to their low initial cost, their large carbon dioxide (CO2) emissions have become an issue. Heat pump heating has high energy-saving performance because it utilizes heat in the air for heating and hot water supply, and can reduce CO2 emissions by 50% or more compared to combustion heating.

In Europe, governments have begun to offer subsidies and other measures aimed at expanding the use of heat pump heating toward decarbonization. The United Kingdom has introduced a system that reduces the cost by nearly 70%, including the tax burden, and some countries have banned the construction of new boilers. An increasing number of households are switching to heat pumps because the initial installation cost, which is estimated to be three to four times that of a boiler, is less of a burden.

In addition to decarbonization, the Russian invasion of Ukraine has led to a growing trend to avoid Russian fuels. Europe has been dependent on Russia for fossil fuels, importing 40% of its natural gas. Electricity is also being de-Russianized by increasing the share of renewable energy. The widespread use of heat pumps is likely to increase further, as they can both de-Russianize fuels and decarbonize the country. The European heat pump heating market is expected to triple from 2021 to over 3 million units by 2025. In heating, as in the case of electric vehicles (EVs), a switch from fossil fuels to electricity is underway.

Daikin aims to increase production at existing factories in the Czech Republic and Belgium. The total investment, including the new plant, is on the scale of 50 billion yen, and the production capacity in 2025 will be 1 million units, four times the 2022 estimate.