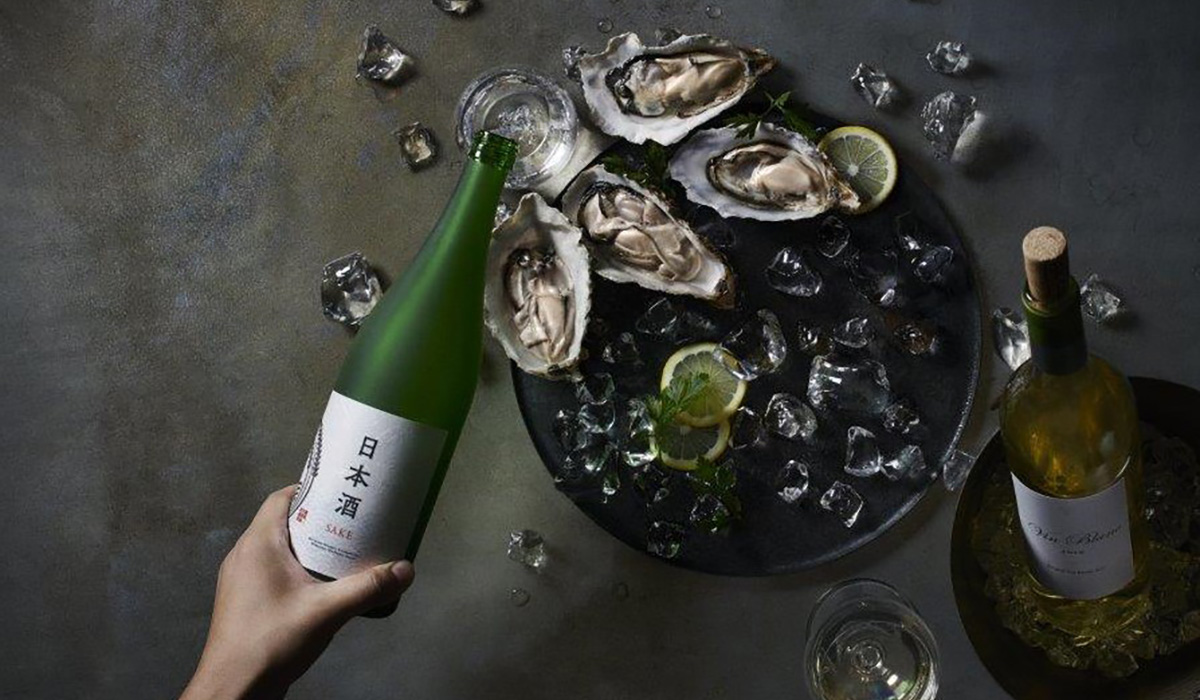 Japan Sake and Shochu Makers Association is the largest group in Japan’s alcoholic beverages industry, with 1,691 member breweries and distillers. It disseminates information, inside and outside Japan, about the appeal of Japanese sake, its trends, new ways of drinking it, and more. 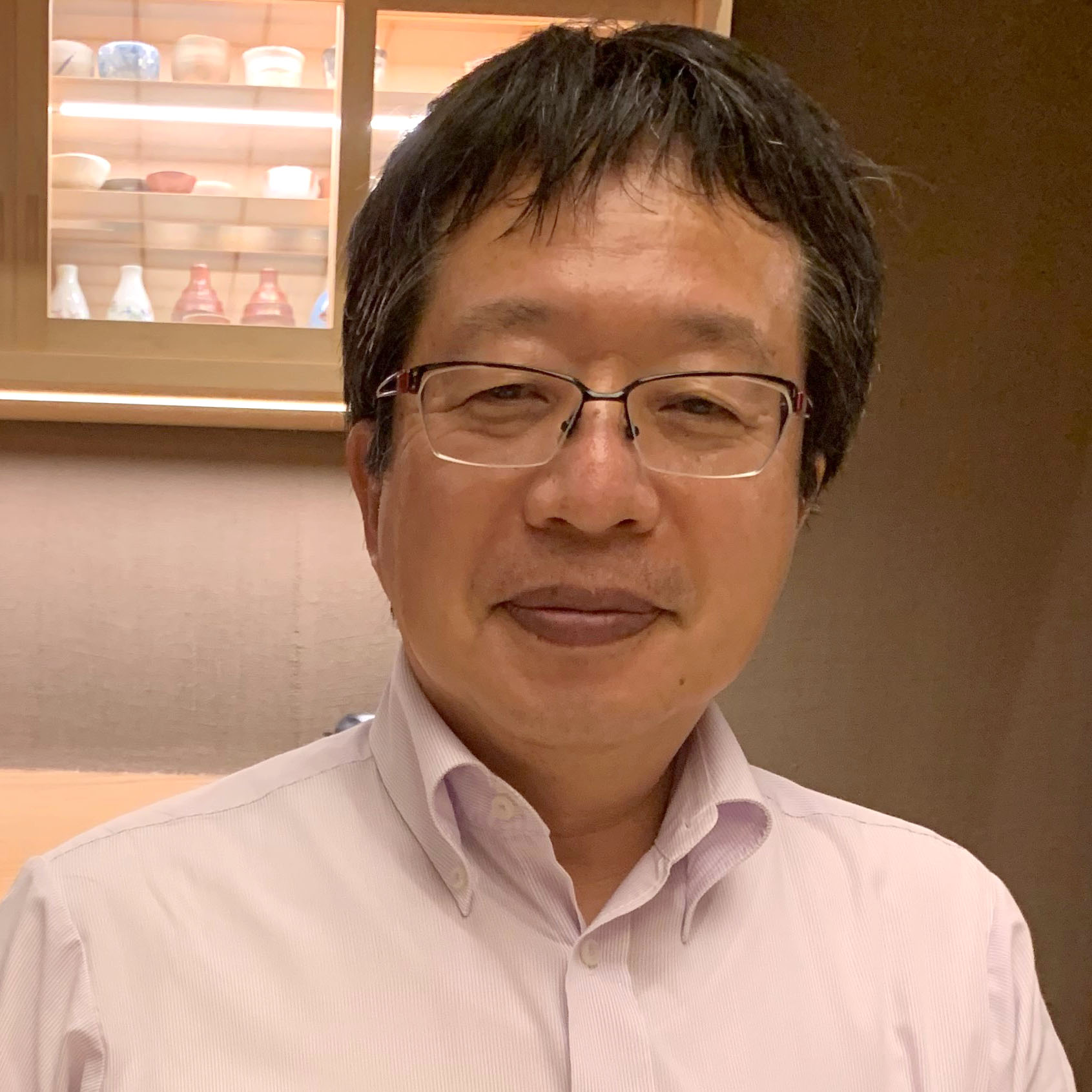 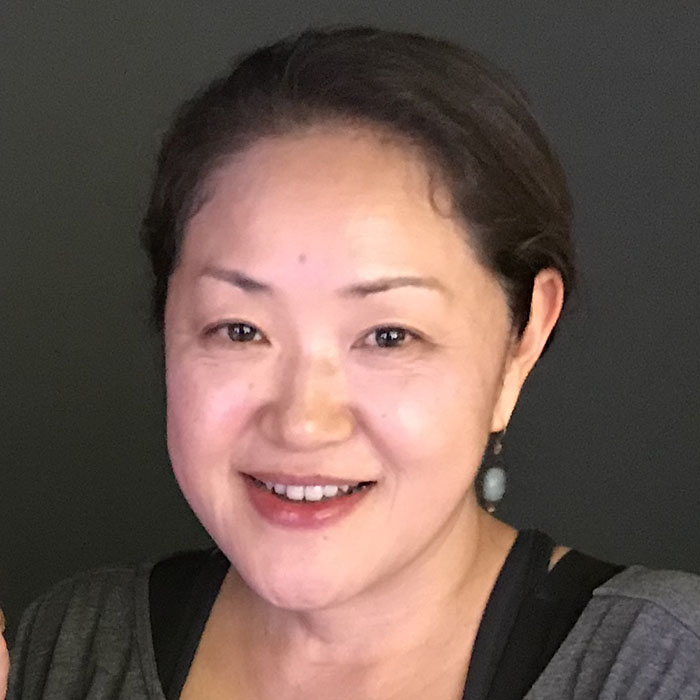 What impact has the coronavirus pandemic had on Japan’s sake industry?
Voluntarily refraining from visiting bars, restaurants, hotels, and ryokan inns has put the industry in a very tough position. It has also become more difficult to hold events where people can enjoy sake. So it is possible to switch to home consumption? The ratio of sales between restaurants and general retail varies between breweries, it might be 7:3, 5:5, 2:8, and so on. Those breweries that previously had large sales through general retailers, such as supermarkets, have not been hit very hard, but those which mainly sold to restaurants are in trouble. Breweries which mainly sold high-priced specialty products like ginjo, Junmai sake (sake from highly-polished rice) and namazake (unpasteurized sake) to restaurants are hard hit.

On top of that, exports to North America and Europe have almost completely stopped since the end of March. Recently we have been seeing a recovery in exports in Asia. The sake markets of North America and Europe have all been uniformly hit by the coronavirus. Markets in the EU and USA are highly dependent on high-end Japanese restaurants, and the situation is extremely harsh under coronavirus lockdowns and restrictions on eating out. That’s why we feel that action to broaden distribution channels for sake, such as strengthening e-commerce sales, is urgently needed.


The number of Japanese restaurants overseas has been growing year after year, reaching about 156,000 in 2019. Have exports of sake been expanding similarly?
Overseas sake markets are mostly in Japanese restaurants, so I think sales have been growing in proportion with the number of restaurants. We expect exports to keep on growing in future, with the spread of Japanese food. Until now, the top export destinations have been the USA and China, and those are very important markets, but for the last few years, the Association’s activities have been focused on regions where Japanese food is just starting to expand as well. We plan activities to enable entry into Eastern and Central European countries like the Czech Republic and Romania, where sake hasn’t started to penetrate. Sake has a different appeal from wine, and we aim to keep on emphasizing ways to get people to notice that appeal, and to enjoy sake together with local ingredients and dishes.


What are the key points for spreading sake overseas?
We are focusing our efforts on raising recognition and spreading accurate knowledge. The sake market is still limited to Japanese restaurants, so in this situation if new breweries try to enter the market, they will just be getting smaller shares of the same pie. We want to make the pie larger by moving more into the wine market. For example, if seafood restaurants and oyster bars around the world had one or two varieties of sake, that would expand the pie and increase export volumes.

We recently agreed a partnership with French Sommelier Association. We will deliver PR about sake to the sommeliers who serve at restaurants in France. The Association will be working to spread knowledge of how to store and to drink sake, in order to convey accurate knowledge to new markets, and to have people taste and know the right flavors. It’s important to educate servers so that they can offer sake with the same confidence as they have in offering wine pairings. We think these activities directed overseas could lead to expanded domestic demand.


What about the compatibility between foreign foods and sake?
Sake is naturally highly compatible with Washoku but with other foods as well, so we want people to experience that. Wine is the mainstream, of course, but we think sake can do well in fields like nouvelle cuisine and appetizers.


Are there any trends in the types of sake that are preferred depending on the region or countries?
There are regional differences even within the same country. For example, there are differences between the East Coast and West Coast of the USA. In Hawaii, they like dry and refreshing sake, while in NY they prefer deeper and richer flavors. Rather sweet and fruity types are popular in Asia. People’s senses vary with weather and humidity, so preferences and tendencies differ too. People who know more about wine tend to favor more full-bodied styles, like junmai (pure rice), muroka nama genshu (no-charcoal filtered, unpasteurized, undiluted sake).


I gather you’re also keen to suggest new styles for drinking sake.
Overseas, we recommend drinking sake from wine glasses, particularly for aromatic types. We suggest enjoying those in the same ways as wine. In Italy, it is popular to introduce sake cocktails as aperitifs (aperitivo) to be enjoyed before a meal. It’s also important to educate people about how to serve and store sake. Sake should be stored somewhere cool and dark, and cold sake serving should not be over-chilling, which might shrink its aroma.


What about concerns over the relationship between sake and health?
There is no solid data to say that one kind of alcoholic beverage is more healthful than another. Components that are good for health have been discovered in alcoholic beverages, but they are present in very small amounts. Alcoholic beverages have the advantages of making meals taste better, encouraging and enlivening communication, and dispelling melancholy. Speaking of sake, I think we could claim that it has good effects in skin care.


Do you have any tips for people in other countries about how to enjoy sake?
It is not that we want sake completely replace wine, but we want people to know that sake is a good match for more delicate dishes of fish, vegetables, and the like. I think every country has many dishes which are good matches for sake, like cheese and prosciutto. We recommend that anyone who wants to try sake for the first time should try it in a wine glass, and that sake bottles should be kept in the refrigerator at around 5°C, before and after opening. We think sake can hold its own with any country’s cuisine as an aperitif or a pairing drink for appetizers. We strongly suggest you to try tasting and comparing both wine and sake against local dishes. 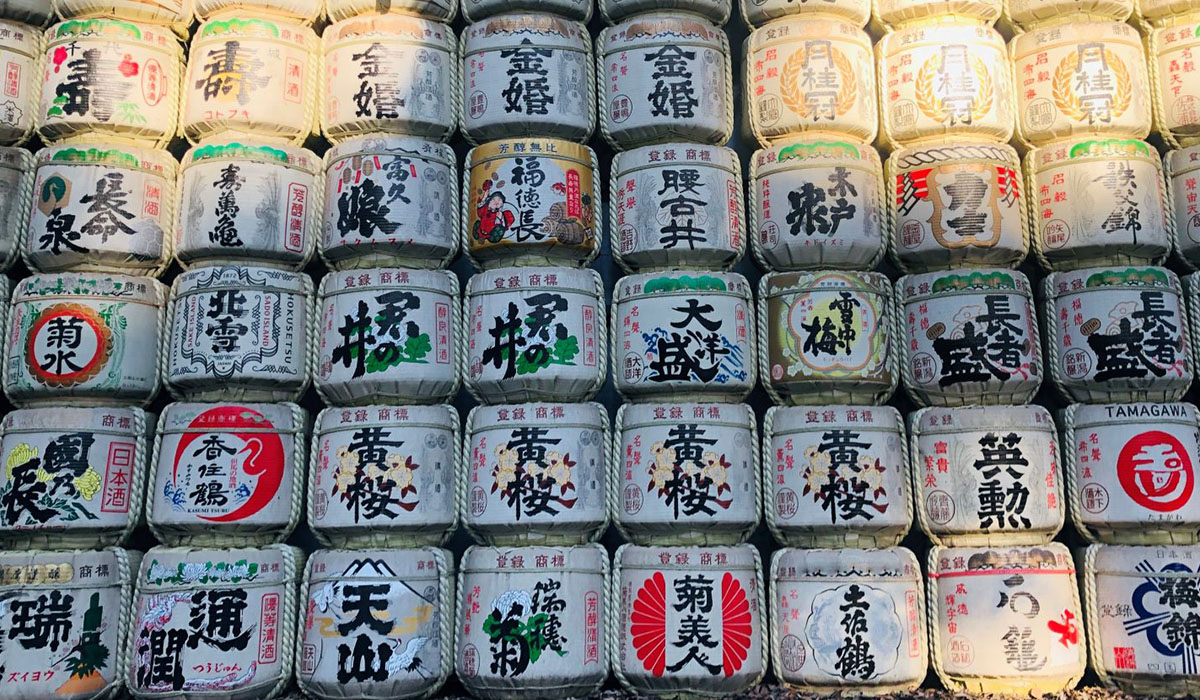 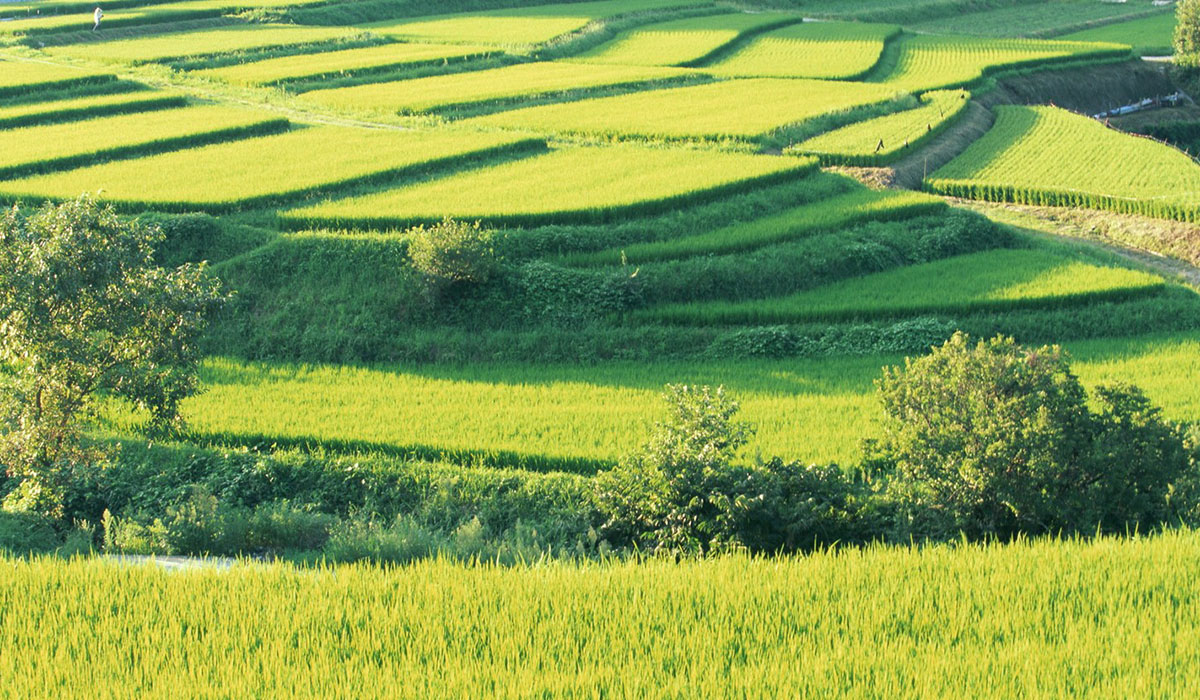 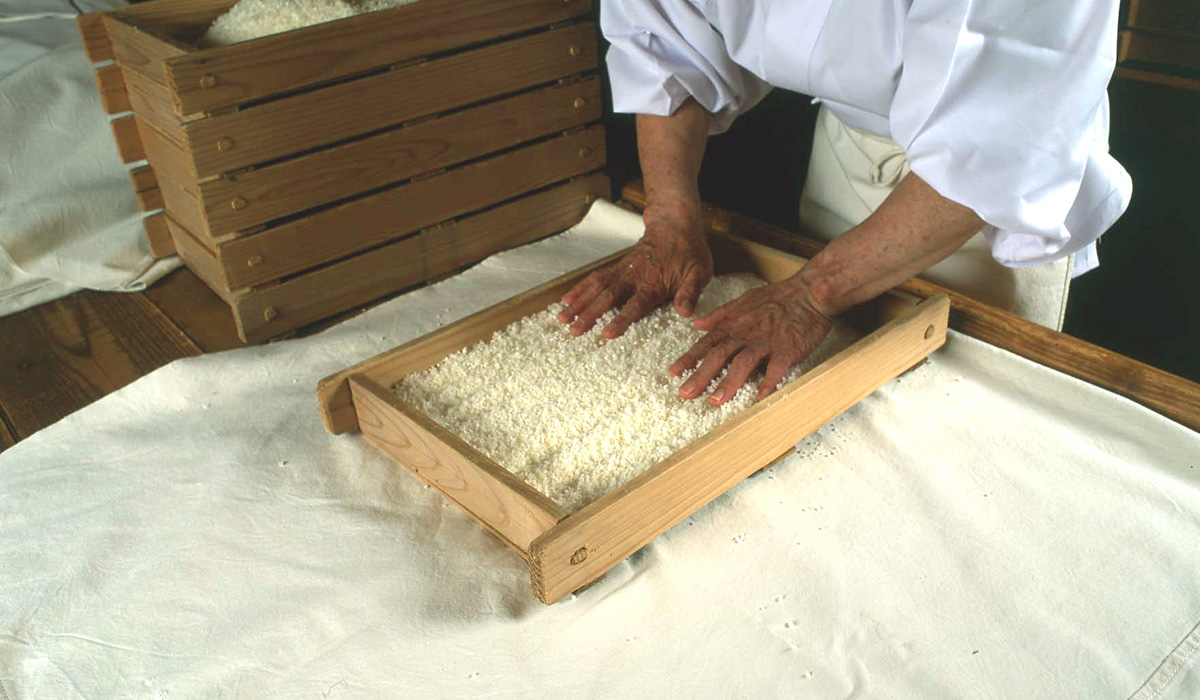