Umbrella manufacturer OKAMOTO, which celebrated its 120th anniversary in 2020, has announced its original brand “CACA”, with the idea of “We want to make the umbrellas you keep close to you, like flowers arranged to make your life more vivid”.Just umbrellas, but good umbrellas... We asked Mr. Okamoto about the story behind the company’s CACA brand. 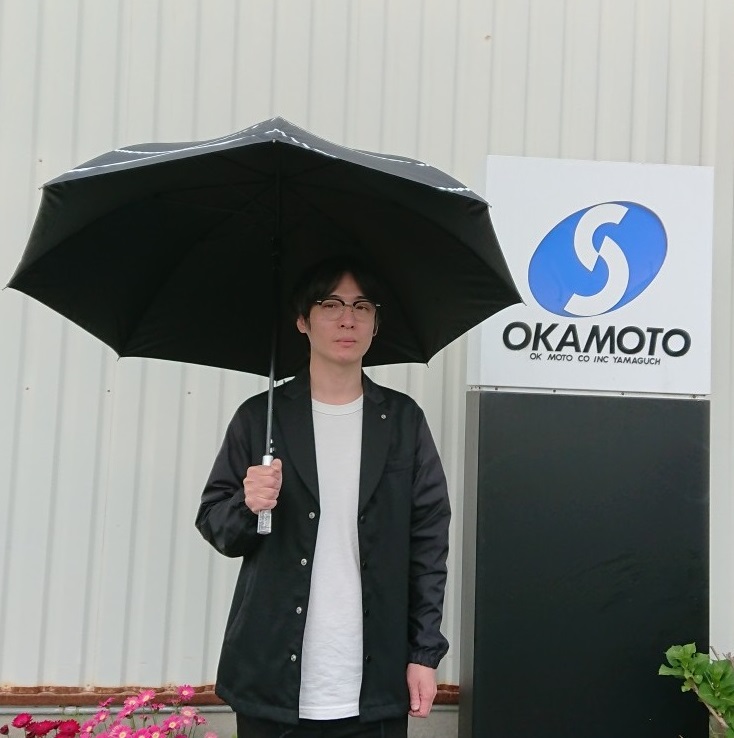 Your company has been in business for 120 years, but what kind of umbrellas did you make in the beginning?


We made “bangasa”, which are umbrellas made from coarse oilpaper. We made the frames by shaving down bamboo, which we cut in the mountains, and used glue made from dissolved bracken starch to stick Japanese paper to the bamboo. We made bangasa from our foundation to the early Showa era, but as lifestyles diversified after that, we shifted to making western-style umbrellas in much the same style as modern products.

Please tell us about OKAMOTO’s current umbrella types and lineup.


We produce umbrellas for gentlemen, ladies, and children, and the three types are rain umbrellas, parasols, and dual-purpose umbrellas. Our umbrella styles are long (usually with 8-rib frames, but sometimes with 16 or 24 ribs), folding, and miniature. Once color variations are included, we manage over 1,000 product lines.

What prompted you to launch your CACA original brand?


The population of consumers in Japan is going to keep on declining in future. Our starting point was to begin with developing new and uniquely Japanese products which would appeal to inbound and overseas customers as new markets.

What is the passionate wish embedded in the CACA brand?


The CA/華 in “CACA” comes from the sound of the kanji character for flower. It’s like a flower that adds color to everyday life. We want these to be the umbrellas that are closest to the people who use them. The name reflects our hope that gaiety will connect circles of people together.

What unusual characteristics set CACA umbrellas apart from others?


There are three variations, with a common base of design that gives a feeling of Japan (“wa”). The first variation is impactful design character taking the motif of Japan’s traditional ukiyoe masterpieces from artists like Hokusai Katsushika and Sharaku Toshusai. The second variation is “yozakura” (sakura blossom viewed at night), which expresses Japan’s ancient sense of beauty that is to be found in silently scattering sakura petals. The third variation is the expression of Japan’s spirit of wabi-sabi, with monochrome fabric and sharp lines that are diametrically opposed to the previous two styles. The handles are the straight type, made of high-clarity acrylic, mixing old-style design with a contrasting near-future image. 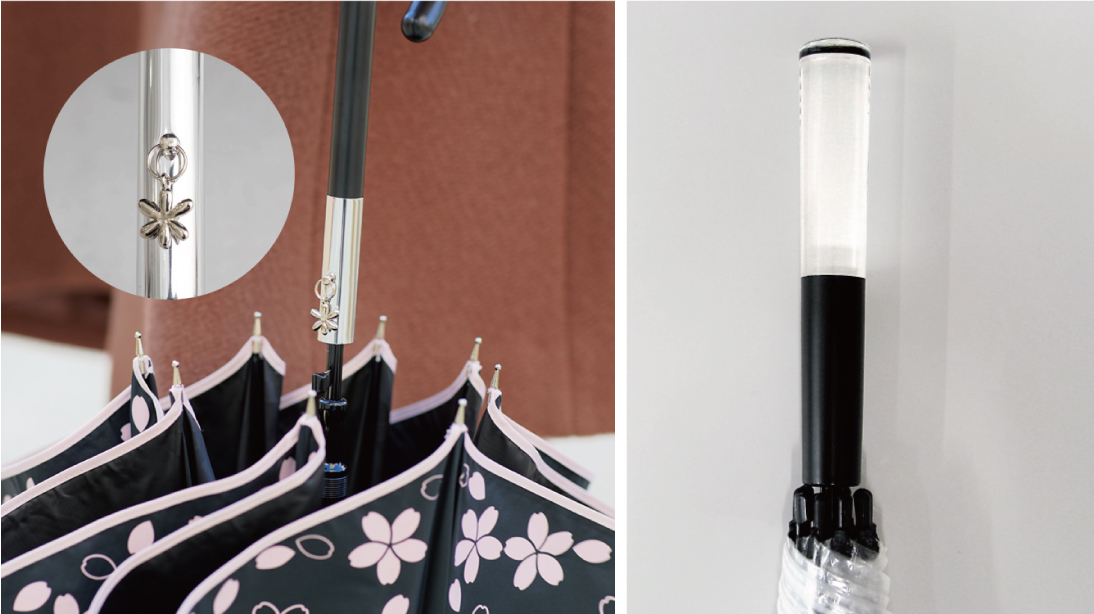 How are you thinking of expanding in future?


Looking forward to the post-Covid era, we want to enliven the world with umbrellas that appeal to domestic and overseas markets.

What does “CACA” mean to you?


In 2021 we reached our 120th anniversary, thanks to the support of many people. We want to go on creating products that people will always love. I see CACA as a signpost that will guide our step-by-step progress for the next 100 years.