"Unicorns" Double in Two Years. There are 500 "Unicorn" Companies Worldwide, with 70% of them in the US and China

The number of large startup companies, dubbed "unicorn companies", has grown to 500 worldwide. Their number has doubled in the last two years, backed by IT mergers with existing companies and the advance of artificial intelligence. 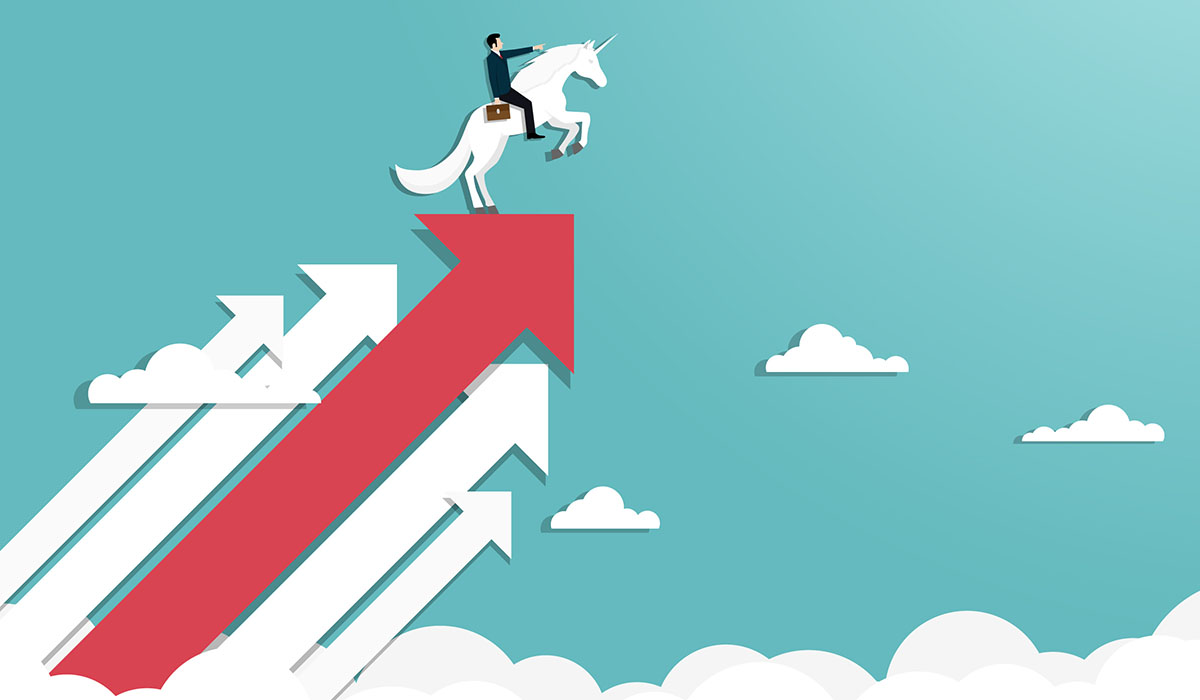 "Unicorn" refers to companies with assessed corporate value, which is referred to for purposes such as funding procurement, upwards of USD1 billion. US survey company CB Insights says it took four years for the number of unicorns to rise to 250, and then around two years to double that. The appeal of startups, which offer the prospect of high returns thanks to low interest rates, is rising, backed by factors including increased investment by institutional investors. The proportion of such companies that are in the fields of e-commerce and health care has risen, as those fields enjoy demand expanded by the novel coronavirus. 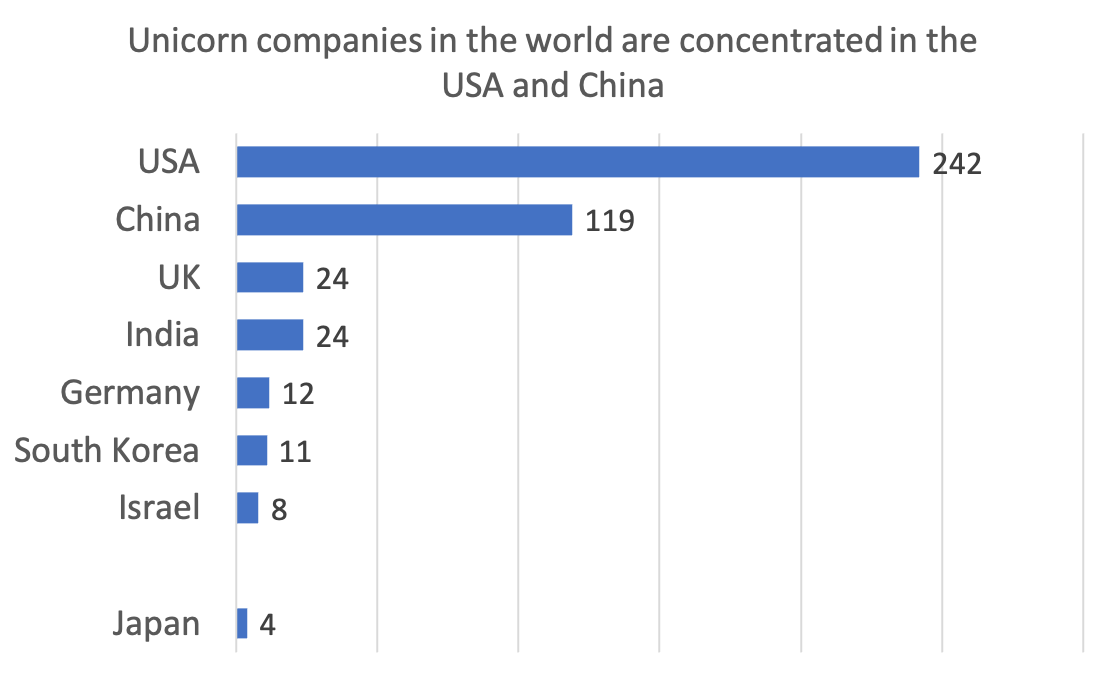 The breakdown of those 500 companies by country and region shows that 242 are in the USA, followed by 119 in China, so those two countries have a combined 70% share. There are four Japanese companies in the list, including the AI developer Preferred Networks (Chiyoda, Tokyo), putting Japan in 11th place. The small number of unicorns in Japan is said to be due to the difficulty of funding procurement after the growth phase, which obliges companies to go to IPO.