The art and history of Japanese sake and Japanese culture

Nihonshu, or Japanese sake, is Japan’s national drink, and the epitome of Japanese culture. Made from rice and water, the blessings of Japan’s land and climate, it is made in all parts of Japan, and is intimately interconnected with Japan’s unique beliefs, annual festivals, and way of life. Enjoy sake together with Japanese food while you’re in Japan. Toast "kanpai" with nihonshu! 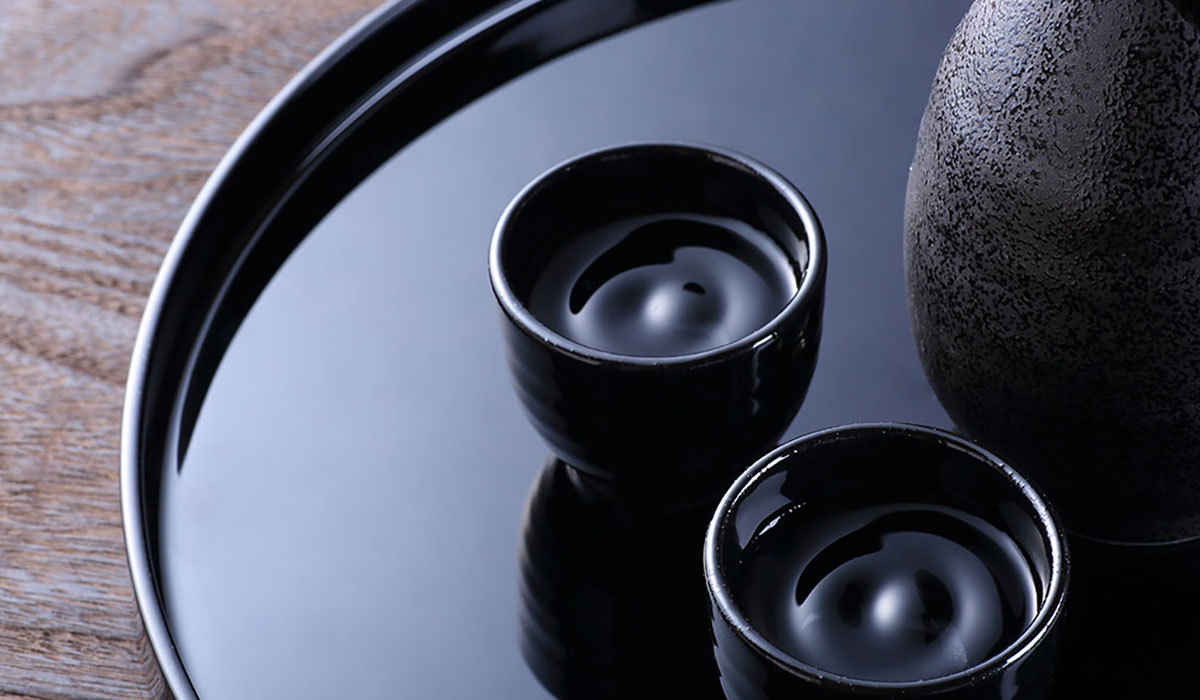 Nihonshu is a fermented drink made from rice, water, and koji. The process draws on the ability of koji to turn the starch of the rice to sugar, then yeast converts that sugar to alcohol. There are few production processes in the world as complex as this one, and it requires advanced techniques. The production of alcoholic beverages from rice, the staple food of the Japanese people, is said to date back around 2,000 years. Over that time, specialist artisanal groups of toji (master brewers) and kurabito (brewers) have grown up, and have learned that the quality of water used in the brewing mix has a great impact on sake brewing.

Since the Meiji era, in which modern Japan was founded (the Meiji restoration occurred in 1868), rice varieties have been improved, brewing technologies have developed, and manufacturing equipment has advanced, taking sake brewing ahead with them. However, the intricate essential brewing process, in which koji converts rice starch to sugar, and yeast converts the sugar to alcohol in simultaneous processes of parallel complex fermentation*, remains unchanged from its ancient form. 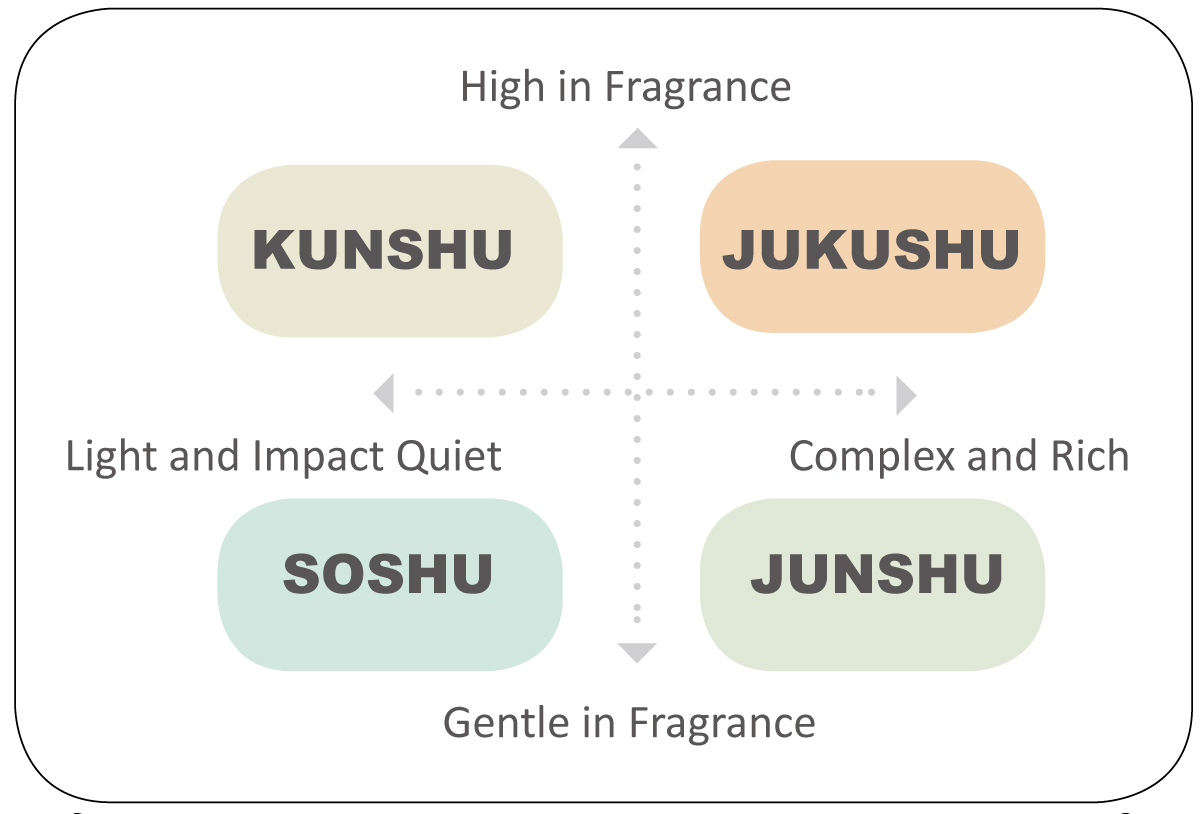 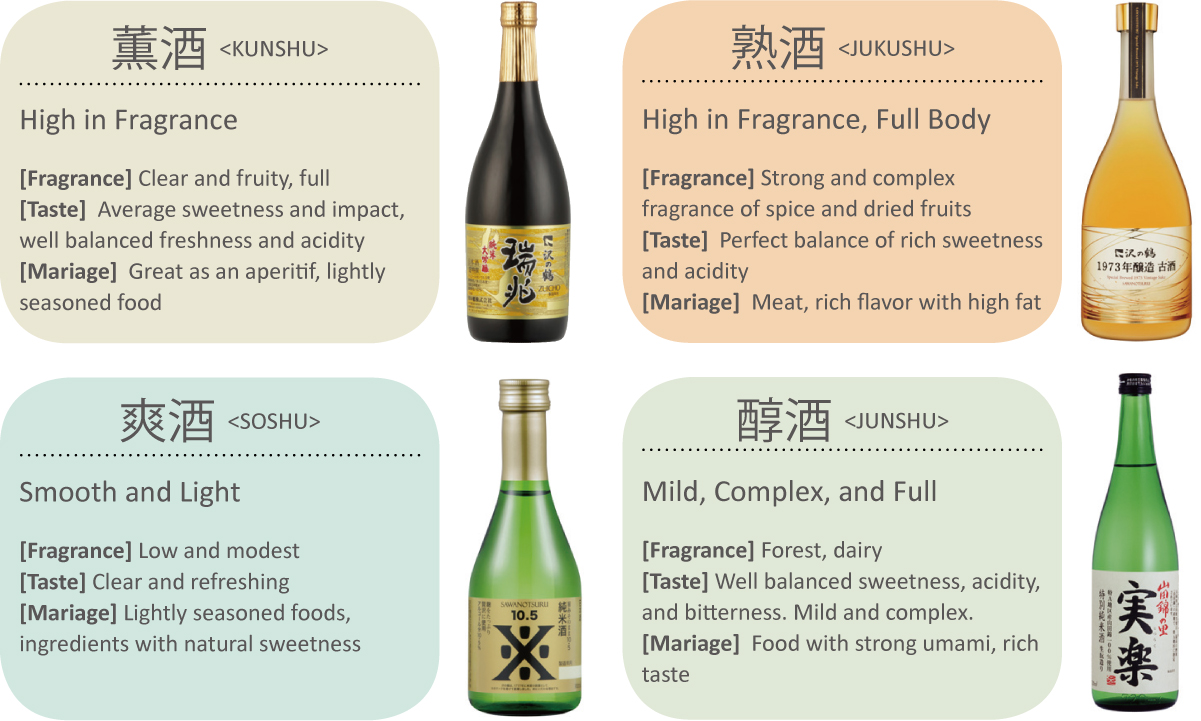 The Diversity of Nihonshu, Born of Japan’s Land and Climate

Even now, there are over 1,000 sake breweries throughout Japan, and their individual sake products are based on compatibility with local dietary customs. The Pacific coast lands large quantities of red-fleshed fish, the Seto Inland Sea coast has large catches of white-fleshed fish, the Sea of Japan coast has deep snows and oily fish in winter, inland regions have advanced food preservation techniques, and Edo (now Tokyo) in the Edo era (17th~19th centuries) was then the world’s largest consumption center. Sake was made to suit all of these regions. Types of nihonshu tailored for the ways of life and dietary cultures of each region have been polished and advanced over many years to reach their present forms.

The Japanese cultural trait of respecting the changing seasons is strongly reflected in the sense of the seasons in how nihonshu is drunk even now. The “hiyaoroshi” of fall is characterized by a flavor that has matured to perfection over one summer. “Shinshu and shiboritate (new and fresh-pressed)” types, characterized by their fresh fragrances, come out in winter and early spring. “Namazake (pure or undiluted sake)” is served chilled on hot summer days. These varieties produce ways of enjoying nihonshu that are like seasonal traditions. Sake can be chilled in hot seasons, or served as “hiya” at room temperature, but between fall and spring the same variety can be served warm as “kanzake”. Many people follow this traditional drinking pattern.

On the technical side, there are traditional “kimoto”(*1) and “yamahai”(*2) types with rich, strong, sharp flavors, and “daiginjo” types, which are brewed from extremely polished rice at low temperature for their fruity flavors. In recent years, advances in brewing technologies have yielded new types, including effervescent sake.

*1: A traditional brewing method in which the lactic acid produced by naturally-occurring lactobacillus is accumulated, suppressing contaminating bacteria and nurturing yeast.

*2: A kimoto-type method for nurturing sake yeast in which the “yamaoroshi” stage within the kimoto process (*1) of grating the rice together is omitted.

The Harmony Between Nihonshu and Washoku (Japanese food)

The types of fish that Japanese people favor include more minerals and calcium than the types commonly regarded as “yoshoku” (western food). Nihonshu is well suited to these condiments and mineral constituents, and have an excellent masking effect to conceal the odors of fresh fish. Many types are used as condiments, not just for drinking. That is why there is such a good harmony between nihonshu and washoku. The umami and the diversified liquor qualities of modern nihonshu sit well with high-fat meat dishes and many other diverse cuisines of the world, not just with Japan’s various foods, and their range of compatibility is spreading.

Nihonshu is Essential for Traditional Events and Commitment Ceremonies

Japan’s culture is underpinned by farming, and Japan is at the northern limit of rice cultivation. The temperature, sunshine, wind, rain and other climatic conditions are harsh for cultivation, allowing only one harvest a year, making rice a precious staple food. The practice of using rice to make sake and offering it to the gods in thanks for the joy of a good harvest has continued since ancient times. By now, rice is available all year round as the staple food, but in the past the normal staple food was katemeshi, made from rice blended with grains and other dry-field crops. Unadulterated rice was only used on auspicious days, such as ceremonial occasions. Nihonshu, which is hard work to make and uses particularly generous amounts of precious rice, took the most important position among offerings. People offered sake to the gods in rituals, and drank it with their own meals for a sense of unity with their gods, gaining protection and blessings. This approach carries on in the present day.

Since ancient times, sake has often been used as the glue to cement special relationships between people, and it retains that role in modern society. The most common ceremony at sakazuki-goto (celebrations or feasts) is called san-san-kudo, in which sake is poured into three cups of different sizes, and three sips are taken from each. The repetition reflects the expectation of greater deliberation, and the number three is believed to be lucky. It is most often used in celebrations at which nuptial pledges are exchanged before the gods in wedding ceremonies.

The article is prepared with the help of Sawanotsuru, established in 1717.