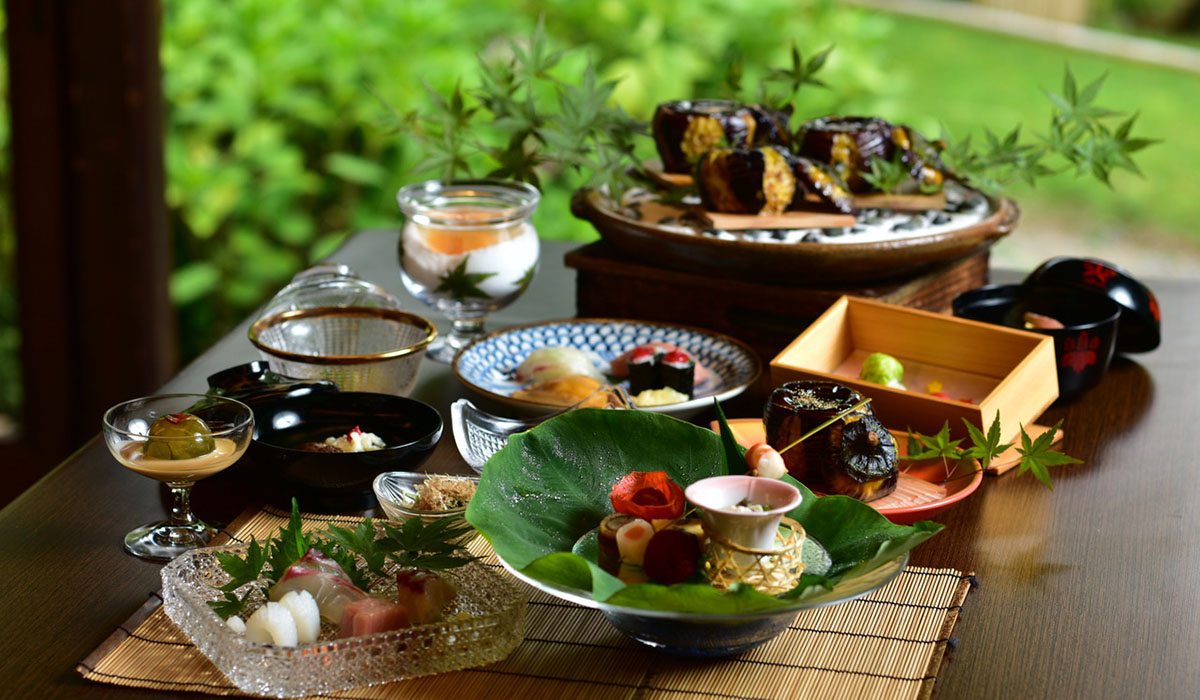 Ganko reaches its 56th anniversary this year. Where do you get the drive to keep pushing forward?
I’m a bit of a glutton and I love to eat, and also I love to do business. My foundations are in those two loves. The family business was a general store. Family circumstances suddenly made me the store manager when I was a sophomore in high school, so trading in general goods became my main business. That experience made me love trading, and gave me a great opportunity for my future. 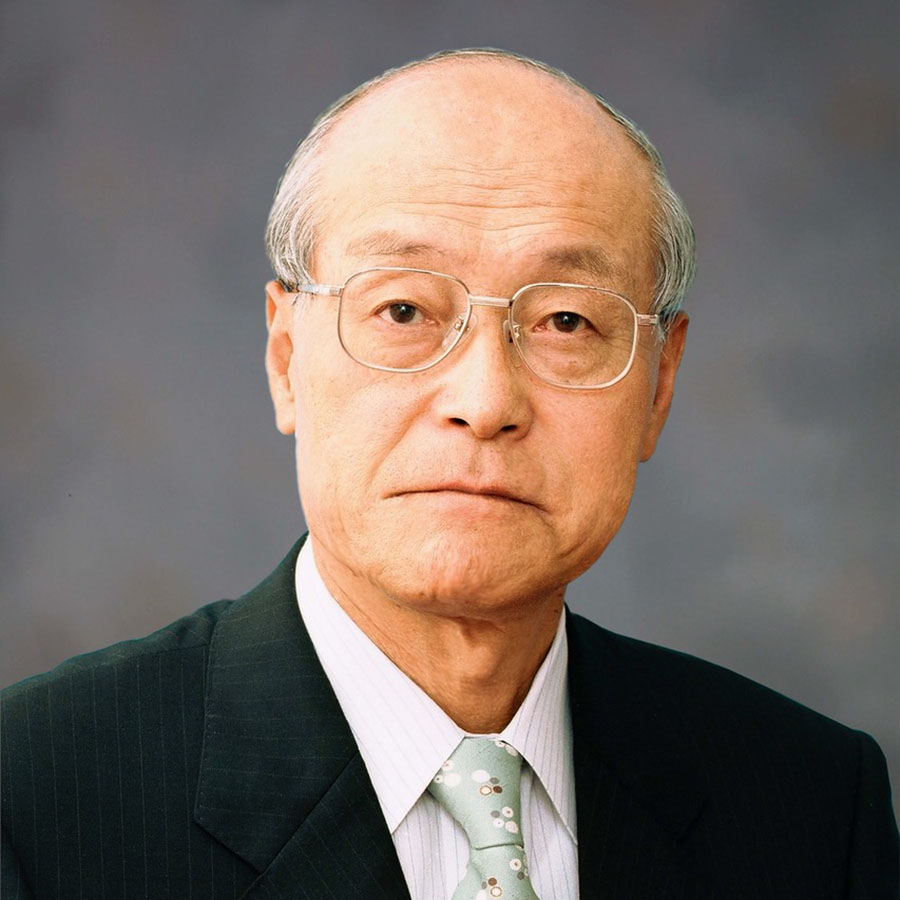 What made you change course from that general store to food service?
I graduated from university at 27, and a year later, I decided to start my own business. With no capital, no credit, and no social experience, what could I do by my own efforts alone? I came to the conclusion that food service was what I could do with so little capital.

Within food service, why did you choose sushi first?
I thoroughly investigated about 50 restaurants. I stood outside them and watched their customer segments from opening time to closing time. I researched the differences between sales on weekdays and at weekends. I went to the markets and checked the cost price ratios of the raw materials. I also calculated personnel and utility costs. I did that for all kinds of business. All that led me to a sushi business as the answer. In those days, food hygiene laws allowed the sale of sushi from street stalls. A sushi business that I could do without much capital looked good to me. In 1963, I started a restaurant with 7.3m2 of floor area.

Back then, what did you take the most care over when developing your restaurant?
While I was managing the family store for five years after taking it over as a sophomore in high school, I had nobody to teach me, so all I could do was learn from the customers and have them teach me my job. I learned that if I did my best, people would help me out, and for those five years, I studied trade and people’s hearts. I worked earnestly with the customers who came to our store, and what that taught me was to “provide goods that are better than anywhere else, for less than anywhere else”. That became my principle in business. I also strove to provide Japanese food at prices that would allow people of any kind of family to come and eat.

Looking back, what was your greatest struggle or ordeal?
There was a period when we were expanding a chain of takeout sushi stores. We added seats to more spacious stores. We expanded by 26 stores in two years. Around that time, it was thought that the chain headquarters had to have planning power and overall control and management of all stores, and it would be no good unless every store was managed to the same standards. So I brought in three outside experts and the four of us operated the business. Those three were excellent people, hardworking and passionate. But in pursuing management efficiency to excess, they thought things like raising the seat heights in eat-in restaurants would make it less comfortable for diners to sit for long, and that would improve turnover. It made logical sense. But it didn’t match the reality of business. People with no real-world experience have ways of thinking as traders that are radically different from mine, and their ideas come from different starting points. I thought that like that, the true character of Ganko was fading away. Just as I was thinking that, we were asked about a merger, and we resolutely sold off those chain stores. We kept the street-level stores and the busiest store, sold the rest, and put the capital into making our new main branch at Juso. That appears to have been a strategically successful move. But it was tough to let the employees go together with those branches. Together with the branches, I had to give away the people who had said “let’s work with Kojima of Ganko” or “let’s make a branch together”. There were times when I couldn’t settle down to work. As I kept losing relationships of trust with employees, I thought that was the end.

Over 56 years, what psychological changes have there been in your restaurant management, and in the philosophy of food service?
There are fashions and preferences that change with the times, but the principles do not change. “Provide goods that are better than anywhere else, for less than anywhere else” doesn’t change. That’s what I learned and understood from customers in the store. There’s a difference between what has permeated into your body and soul and what you picked up from a book. I think it’s the responsibility of a manager to make a decision and then support it until it succeeds. The world is changing, and there are many things that must change. I think about those separately from principles. I think a company first becomes mature when it has continued for 100 years. I’m 83 now, and it has gone by in a flash. How far will the next generation take it? I want to keep on trying my best for a bit longer, as long as I don’t do any harm.

What do you think is the most important thing for your employees?
Products and services equal making the customer important, and I tell them to never forget those two things. The product is food and the service is hospitality. The next thing is to polish up the premises. I advise them to think of the restaurant as their own, and don’t make it into something generic. By working with ambition, you experience failure and have things pointed out to you. When you get those pointers is the first time you realize that you have yet to reach that skill or level. That awareness becomes a growth factor.

What kinds of food experiences do you want overseas customers to have at Ganko?
The wonder of Japanese culture is in the shifting of the four seasons. It’s Japanese culture to get close to nature and to unify with it. The arts derive from that, as well as haiku with its seasonal words. Religious faith in Japan also has its elements of nature worship. At Kumano Nachi Taisha shrine in Wakayama Prefecture, the object of worship is the Nachi Waterfall. At Omiwa Shrine in Nara, it’s Mt. Miwa. When foreign visitors look at Shimogamo Shrine in Kyoto, it appears to be very plain and simple. But they feel the strength in it. That is Japanese culture, and I want visitors to taste the Japanese culinary culture that was born from it.

In your view, what is the omotenashi (hospitality) at Ganko?
Welcoming and serving customers who come to our restaurants, with proper discipline. That’s Ganko hospitality.

I heard that you are expanding franchises to Taiwan. Is that the first step in an overseas strategy for the future?
I think basically we can do well enough with just our domestic business. Someone consulted me, and I have great confidence in the person who was introduced to me. I thought that the greatest opportunities come from being blessed with people, so I accepted the business. I think that expanding to Europe and North America in future will be a natural outcome. It’s very important to have goals but I think setting numerical targets and getting led around by numbers of branches and by sales numbers should be avoided, because it impedes the essence of the business.