Sushiro Increase Revenue Despite the State of Emergency

Their key words are automation, touchless, and a push in city centers 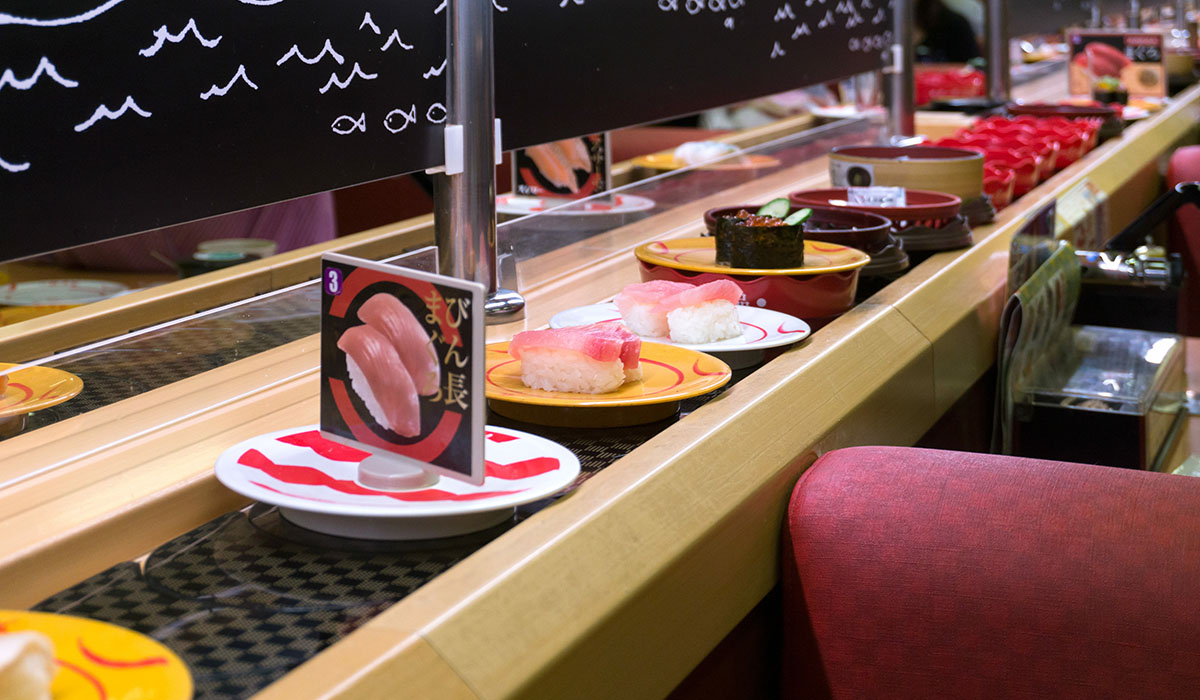 Sushiro continues to grow. The drivers of that growth are ambitious store opening in city centers and the development of touchless branches through automation. It is strengthening hygiene measures to attract family groups.

The conventional wisdom for kaiten-zushi (conveyor belt sushi) was to open branches in suburban roadside locations with low rents. Covid-19 has caused considerable numbers of food service companies to give up their tenancies of prime locations, and Sushiro are stepping up their push into city centers. In the year to September 2020, 13 of its 33 new branches were in city center locations.

Its business is underpinned by customer service automation that uses digital technology. When diners arrive, they are issued a number card from an automatic table assignment system, and when they leave, they pay at a self-service cash register. In future, the company will be introducing an artificial intelligence (AI) system that uses cameras for image recognition to count the numbers of dishes served and calculate the check automatically. Diners order from a touch panel in front of them, and the sushi they order is carried to their table on automatic lanes. Sushiro has also introduced a seat reservation system with a smartphone app, which is used by half the customers at peak times.